The teen years are the most important time in your child’s development. It’s also a time of increased risk for certain diseases and illnesses. As a parent you cannot always protect your children from harm, but you can help prevent your children from suffering from some of the diseases they are most likely to get while they enter their teen years. In this blog, As a pediatrician I share with you top three diseases that teens suffer from, many of which could be prevented.

Teenagers are going through a lot of changes. As they transition from childhood to adulthood, teens encounter an array of new challenges and responsibilities. These challenges can be overwhelming for teens who are struggling with mental illness.

1.Lack of guidance from parents

2.Lack of support from family members

5.Drug use among teens

10. Lack of sleep or poor nutrition

Mental health issues are becoming more common than ever before. According to the National Centre for Mental Health, one in five teenagers has a diagnosable mental illness. This translates into about 7 million children and adolescents living with some form of a mental disorder.

If you are a parent, it is your responsibility to teach your children how to prevent mental health issues. The earlier you can start the better, because if you wait until later, it might be too late.

You can start by showing them how important it is to take care of their body and mind. You should also tell them that they are unique and special in the world. If they do not believe that, then they will never be able to deal with any problems or challenges they may face in life.

You should make sure that they know that everyone gets sad sometimes and that it is okay to cry or feel down sometimes. Your child needs to understand that everyone deals with different feelings and emotions at different times of their life. It’s not wrong or bad to feel happy or sad at some point in time, but your child has got to learn how to control those feelings so that they don’t get out of hand or cause them harm.

If you suspect your child may be struggling with a mental health issue, talk to our online pediatrician. They can help determine if your child needs professional help and resources for treatment and support services.

As a experienced pediatrician, We found that teens are at an age where they are still developing their identity and personality. They want to be part of the crowd and want to fit in with everyone else. They also want to be seen as cool, so that they can feel popular.

Teens may feel pressured by their friends and seniors to drink alcohol or take drugs because it means being accepted by the group. This can make them feel like they don’t belong if they don’t drink or do drugs. About 3 out of every 1,000 students will try illegal drugs during high school.

It is important for parents, teachers, and other adults in their lives to talk with teens about alcohol and drug use because it is a very serious issue that can have a negative impact on their health and future career choices.

How to Prevent Teenage from Alcohol and Drug

Pediatrician’s says there are many ways to prevent your teens from drinking and drug. Here are some tips on how to keep your teen away from alcohol and drug:

1. Be clear about the dangers of drug use. Explain to your children that there are many risks involved in drug use, including addiction, dangerous interactions with other substances and even death. Show them pictures of people who have died from drugs, or who have been arrested for selling drugs.

2. Don’t assume you know what’s best for them. You may think that you know best, but try not to make decisions for your children that they’re not ready to make themselves. Your opinion doesn’t count as much as theirs; if they need help making an important decision, let them do it!

3. Set boundaries around alcohol and drugs so that they know where they stand when it comes down to it – no matter what happens, they can count on you being there for them in a crisis situation or if they need help deciding something important like whether or not to drink or do drugs at all.

4. Most important one is as a parent you don’t use it first. If you could not stop yourself, at least do not use it before your teens.

If your child is using alcohol or drugs, it’s important to get him or her psychiatrist help as soon as possible. Helping your teen understand the risk factors associated with alcohol and drug use can help prevent future problems from occurring.

Pimples are very common in teenagers. They usually appear on the forehead, cheeks or chin. It can be due to a bacterial infection or it may be caused by a hormonal change. The reason for pimples diseases kids can get in their teens is that the body is still growing and maturing, which means the skin becomes more sensitive.

There are several factors for pimples in teen age. Our pediatrician listed here some of important:

The hormone changes that occur during puberty can cause an increase in oil production in teens’ skin.

Teenagers who have a family history of acne may develop acne at a younger age than others because they’re more susceptible to it.

The main reason why children get pimples is because their skin produces more oil than adults do. This can cause breakouts on the face, back of the neck and upper shoulders. But there are other reasons why kids get pimples as well.

Ingrown hair or acne scars are common issues for teenagers and they mostly occur on the back and chest area of teenage boys.

Drink plenty of water: Drink at least eight glasses of water every day because this will help your body to stay hydrated and thus fighting against dehydration and other illnesses that may cause pimples diseases kids can get in their teens;

Eat well: Eat healthy food that contains sufficient amounts of vitamins, minerals and proteins. If you want to eliminate acne from your life then you should eat fruits and vegetables because these foods contain essential nutrients that fight against pimples diseases kids can get in their teens;

Consult Skin Doctor: If you notice that your teenager has pimples on the face, As per our pediatrician recommendation it is good to consult with a skin doctor. They are experienced in treating pimples in teenagers. 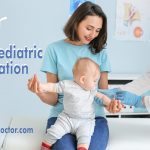 The Importance of Child /Pediatric Vaccination 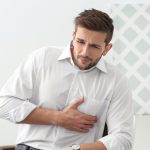 HOW TO PREVENT HEART ATTACK 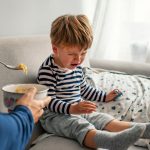 Loss of Appetite in Children Today

How I Cured My Lower Back Pain